I had no idea it was a thing until I saw an article about it, but Ghibli tea exists. Somehow I’m not surprised. Ghibli films often feature food and drink and, especially if you’ve ever been to the Ghilbi museum, you’ll notice a certain love for European things.

I love tea. When I lived in the states, I had a huge collection of tea and had several cups a day. The instant I saw that article, I knew I had to have it and I placed my preorder as soon as possible. After kind of forgetting about them for a while, they arrived at my house on April 13. 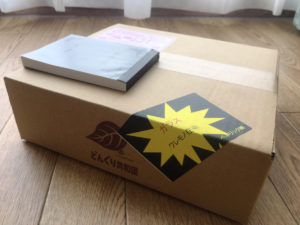 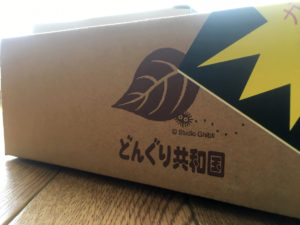 Shopping bag and the tins still wrapped up 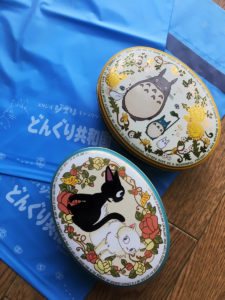 As of writing this article, the tea is still available on Sora no Ue Mise.

Two teas were released: a black tea called Kiki’s Delivery Service Rose Garden Tea and an herbal tea called Tonari no Totoro Dandelion Rooibos Tea. Both teas are bagged and placed in cute tins featuring cute critters from their respective movies. You get about 40g of each tea. 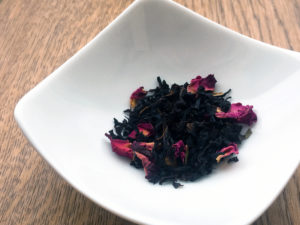 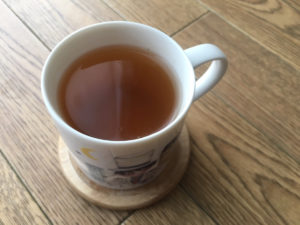 I’ll start with the Kiki’s Delivery Service Rose Garden Tea. It has a very rich, fruity and flowery scent that cheers you up the instant you open the bag. The tea leaves themselves are cut into large pieces and has rose petals mixed in. In additon to the tea leaves, peach leaves and “fragrance” are mixed in. While steeping, the leaves and petals unfurl to at least twice their original size.

The instructions on the bag suggest 2.5 to 3 minutes of steeping time, so I steeped mine for three minutes. It has a very deep and fruity flavor thanks to the peach leaves to it. I think its a great tea for relaxing in the afternoon this spring.

It can be steeped twice, but the flavor is much weaker the second time around. 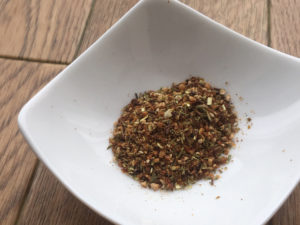 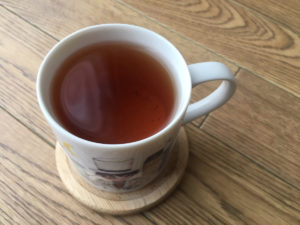 Next is the Tonari no Totoro Dandelion Rooibos Tea. It has a very earthy, mellow scent that I find very relaxing. I’ve been enjoying this tea while relaxing after work. The tea is more like a chunky powder. It consists of rooibos tea and dandelion. It’s so fine that it usually escapes the tea infuser, but since it’s an herbal tea you don’t need to worry about this affecting the flavor. It sometimes catches in my throat when I drink the last bit, though.

The recommended steeping time is 3 to 4 minutes and tend to steep it for 4 minutes. The flavor is as earthy as the the scent suggests. I really enjoy the smell of this tea while waiting for it to cool.

It can be steeped twice, but the second time around it’s significantly weaker.

I really love both of these teas. I’m now almost out of the Totoro tea because I drink it so often. As I’m writing this article, relaxing in the living room with a cup of Rose Garden Tea enjoying the afternoon warmth. I would order these again if just the tea was available at a lower price without the tins; the set cost me 3600円.

I enjoyed these teas enough that I’m now eyeing some of the other Ghibli teas that are still available on the site.